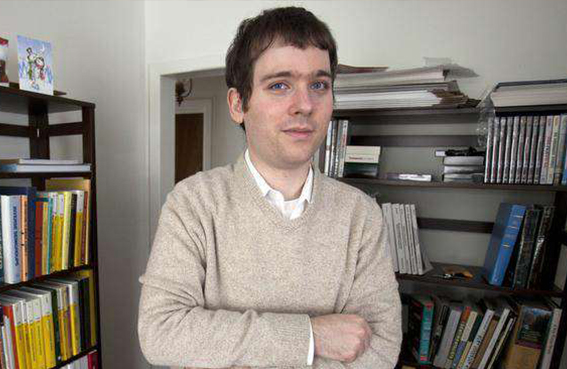 Gabor Lukacs, shown in January 2013, has won another round in his fight for airline passenger rights. (Staff)

Halifax mathematician Gabor Lukacs can add another win in his fight for air passenger fairness.

“It’s an important step to getting all Canadian airlines to operate ethically.”

The Canadian Transportation Agency, upholding a complaint from Lukacs, has ordered Porter Airlines Inc. to pay compensation to passengers bumped from its domestic flights.

The agency, which regulates Canada’s airline industry, found Porter’s current policy, which has no requirement to compensate bumped passengers or rebook them on flights on other airlines, to be “unreasonable.”

The regulator has ordered the Toronto-based airline to revise its policy by July 8.

Porter will also have to provide bumped passengers with free flights back to their point of origin, if they choose.

The decision also ends the airline’s practice of providing bumped passengers with a $500 voucher for future travel as a goodwill gesture.

“Passengers who pay cash for their tickets must be compensated in cash if they are bumped,” said Lukacs.

“Following the CTA’s previous approval of our compensation for involuntary denied boarding on international flights, the same policy updates were planned for domestic flights,” he said in an email Wednesday.

“When our existing domestic rules were formally challenged before the CTA, this was put on hold to ensure any changes also followed the CTA’s direction.

“Now that the CTA has approved the same principles for domestic flights, we can move ahead with these procedures.”

In February, the agency, acting on a Lukacs complaint, ordered Porter to compensate bumped passengers travelling from Canada to the United States.

That decision followed a 2013 agency ruling, based on another Lukacs complaint, ordering Air Canada to pay $200 to $800, depending on the length of delay, to passengers bumped on its domestic flights.

Lukacs, who would like to see an air passenger bill of rights, said domestic air carriers don’t have to file tariffs — the terms and conditions of contracts with passengers — with the Canadian Transportation Agency, as is required for international air carriers.

He said that means any complaints about domestic tariffs, such as bumping policies, must come from individuals like him.

“It’s ridiculous. There’s a serious problem with how the CTA operates.”