Meet the man who took on Air Canada - and won 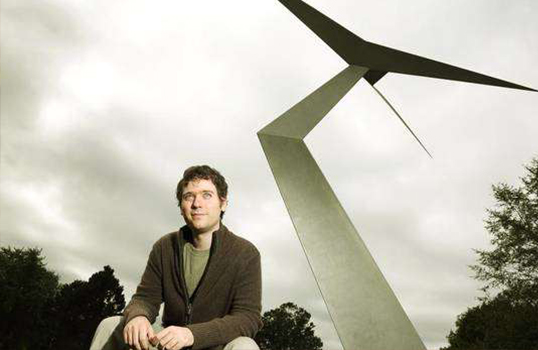 Air travellers who stand to benefit from two recent rulings in their favour have one man to thank for the changes.

Gabor Lukacs, a 30-year-old Halifax-based mathematician who has worked for both Dalhousie University in Halifax and Winnipeg’s University of Manitoba, is the complainant at the centre of numerous decisions by the Canadian Transportation Agency, including two just this week.

The agency ruled Thursday that Air Canada must increase its compensation to passengers it bumps from overbooked domestic flights and that Porter Airlines must make schedule changes clearer and refund airfares for cancelled flights.

Dr. Lukacs said he has had run-ins himself with airline ticketing agents, memorably a dispute at a United Airlines counter in Winnipeg during which security was called, and he has been bumped from overbooked flights. Yet he said his complaints aren’t vendettas – they’re a fight for consumer rights.

“Those complaints were always complaints on principle. I don’t like to mix my personal issues with issues of principle,” Dr. Lukacs said.

He said he’s questioning the written terms for the treatment of passengers, known as a tariff, under which each airline operates. CTA’s decisions require airlines to rewrite the terms of their tariffs. Air Canada said that it will comply fully with the decision, and that it’s revising its tariff policy accordingly. Porter is rewriting its tariff, too.

One person can’t change the world, Dr. Lukacs said from Halifax, “but you can single-handedly pick a topic and make some impact there.”

Air Canada must now pay $200 to passengers facing a delay of less than two hours if they are involuntarily bumped from an overbooked domestic flight, $400 if the delay is between two to six hours, and $800 if it’s six hours or more. This doesn’t apply to unavoidable delays caused by weather or technical problems.

“I’m very, very pleased with the decision,” Dr. Lukacs said of the Air Canada ruling. “And the way the decision is written, it is very thorough. It goes through all the arguments I raised.”

Dr. Lukacs’s name can be found on about 35 decisions and complaints to the CTA.

Bumping occurs when an airline is unable to provide a passenger a seat, even when the traveller shows up at the airport on time with ticket in hand. It’s a deliberate practice many airlines use to compensate for an expected number of no-shows.

WestJet Airlines Ltd. said it doesn’t overbook and only bumps passengers if a smaller aircraft with fewer seats is used owing to operational problems with the originally scheduled plane.

Dr. Lukacs said he was galvanized into action at the Ottawa airport back in 2011 when he faced an overbooked Air Canada flight. “We asked what compensation they provided, and they said nothing,” he said.

He researched the tariff and found that Air Canada’s policy was to refund $100 in cash or $200 in travel vouchers for North American flights. “Peanuts,” Dr. Lukacs concluded.

“In an ideal world, I should be having a very hard time filing a complaint against an airline, because they should have such good tariffs that it would be unassailable. But in reality, airlines just don’t revise their tariffs properly. And until somebody comes and says, ‘Oh, you cannot put that in your tariff,’ they just don’t change it,” he said.