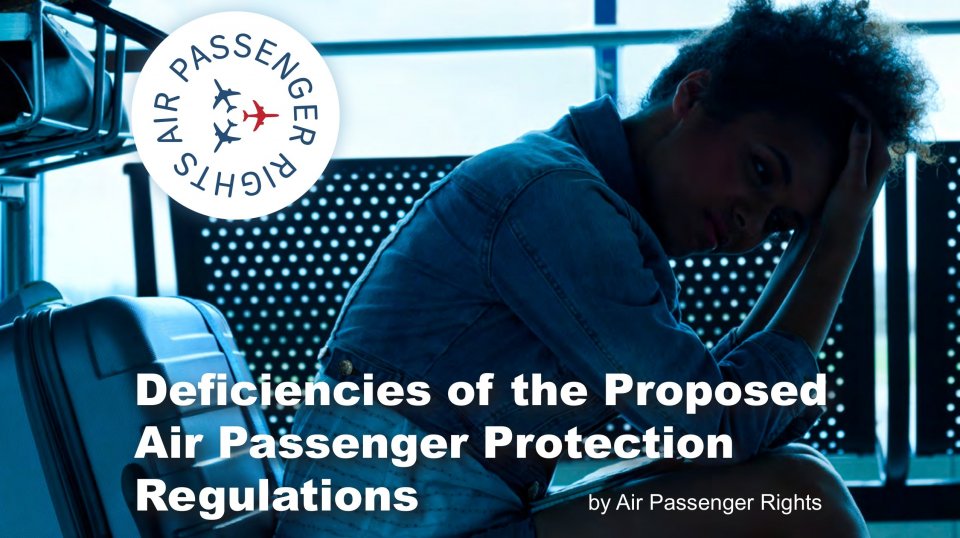 The report identifies seven key areas where the proposed rules are fundamentally flawed.

“The Proposed Regulations leave the impression of an instrument written by the airlines to ensure that in most cases, airlines will have to pay no compensation to passengers, while creating the facade of a consumer protection legislation,” the 52-page document concludes.

APR’s criticism comes on the heels of a wave of public protest. On December 17, 2018, the government announced the proposed rules, dubbing them the “best in the world.” More than 8,000 emails, demanding legislation that truly protects consumers, have been sent in response to the government’s call for public input.

APR urges the government to implement 24 amendments to make the proposed rules more balanced, and fair to passengers.

The period for submitting comments on the proposed regulations ends today.