The real reason for the holiday travel chaos: Canada is too soft on punishing airlines 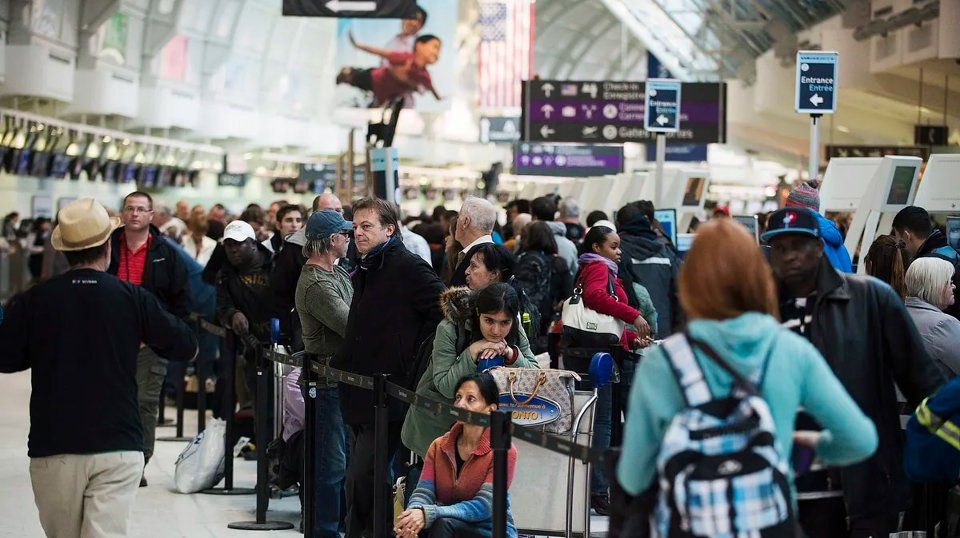 The game of shifting blame is Canada’s national sport. There is nothing that makes our hearts glow with true patriot love more than hearing that miseries are due to the actions of third parties over whom nobody has any control. Our airlines are champions at this game.

More than three years after the Air Passenger Protection Regulations (APPR) came into force, and mere months after the air travel mayhem in the summer of 2022, the holiday season brought us yet another meltdown of our air transportation system.

In the summer, airlines blamed the airports, the Canadian Air Transport Security Authority and the Canada Border Services Agency – and got away with it. This time around, they found an even better scapegoat: Mother Nature. After all, Mother Nature is unlikely to dispute the airlines’ narrative in any forum.

But in reality, in 2022 we witnessed systemic and flagrant disregard of our rights set out in the APPR.

There is a solution to this: Fine airlines each and every time they break the law. But that is not happening currently under Canada’s lax enforcement. It is high time for the country to adopt stricter enforcement of passengers’ rights.

Inclement weather undoubtedly necessitated cancelling some flights during crises. However, hundreds of passengers were inexcusably confined for hours in aircraft on the tarmac without adequate food or water, contrary to the APPR. Thousands were denied alternate transportation on competing airlines, a right also spelled out in the APPR. And passengers scrambled without their checked baggage.

In 2022, airlines also sold tickets on flights without ensuring that adequate resources and facilities were available to operate those flights, and then refused to pay compensation owed to passengers under the APPR when flights were delayed or cancelled.

Instead of simply blaming the airlines, it is high time to adopt an analytic approach.

Airlines are neither evil nor noble. Unlike people, airlines do not feel compassion, anger or mercy.

Airlines, like any for-profit corporation, are complex machines with a single objective: maximizing profits. They have sophisticated optimization and decision-making mechanisms to achieve that objective. Airline decision-making takes as inputs a wealth of information about the world, such as fuel prices, exchange rates, operational constraints and travel demand data, and provides a course of action that is likely to result in the highest profit as an output.

Airlines are also subject to regulatory legislation, such as the APPR. Compliance with the law is fostered through monetary penalties for violations, and the purpose of those penalties is behaviour modification. Penalties tell an airline the value society puts on compliance, and they appear in the profit optimization process as additional costs.

If the financial gain from violating regulatory legislation outweighs the resulting fines payable multiplied by the odds of being caught, then non-compliance is the best way to maximize profits. In other words, airlines systematically violate regulatory legislation not because they are greedy or immoral, but because it is the most profitable course of action for them, bearing in mind all likely consequences.

The financial penalties for regulatory violations therefore play an integral part in corporate decision-making, which makes corporate behaviour prone to the garbage in, garbage out problem: If the fines are too low or violations are rarely caught (garbage in), then corporations will necessarily disregard these laws (garbage out).

In the case of air passenger rights in general, and the APPR in particular, enforcement has been virtually non-existent in Canada. The Canada Transportation Act says that airlines that violate passenger protection legislation may be issued Administrative Monetary Penalties (AMPs) of up to $25,000 per violation per passenger. In practice, however, these powers have largely fallen into disuse.

It is no wonder violating the APPR remains a more profitable choice for airlines in Canada. The federal regulator’s backlog of 30,000 passenger complaints should come as no surprise either.

Canada’s lax approach to the enforcement of regulatory legislation, not airlines’ perceived moral flaws, is directly responsible for the dire state of our air travel.

Insanity is doing the same thing over and over and expecting different results. Without a change in enforcement, the air travel woes of 2022 will become the new norm in Canada.

Gábor Lukács is the president of Air Passenger Rights, an independent, non-profit organization of volunteers that works to make travellers aware of their rights and how to enforce them. In December, 2022, Air Passenger Rights submitted a 29-page report entitled From the Ground up: Revamping Canada’s Air Passenger Protection Regime to the House of Commons Transport Committee.