WestJet strike: What are your rights? 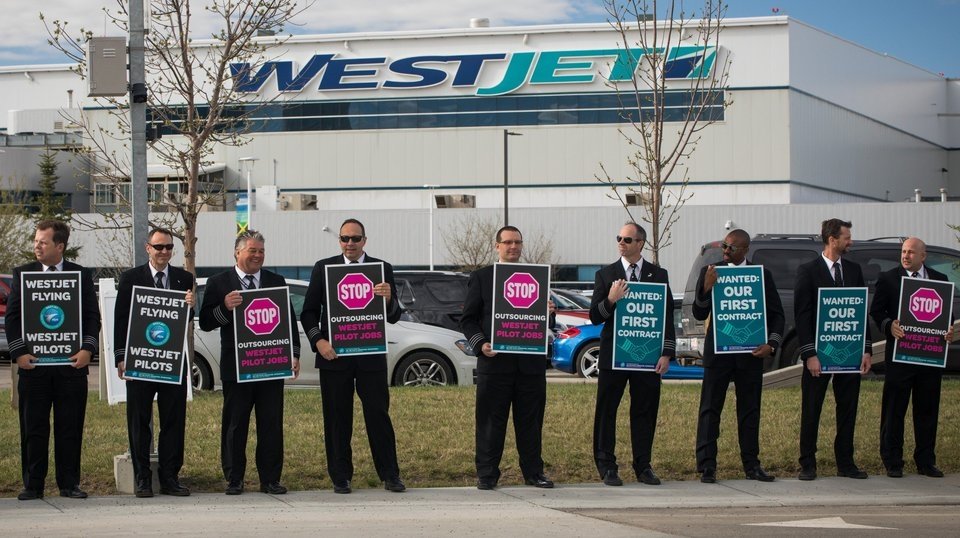 A pilots strike is not an Act of God or a Force Majeure. Passengers whose flights are cancelled by WestJet due to a pilots strike are owed more than a mere refund of their airfares. The rights of affected passengers depend on the itinerary on which they are booked.

One must distinguish between three cases:

We urge passengers to be ready to assert their rights and take WestJet to court if necessary. We strongly recommend that passengers record their interactions with WestJet. Evidence of WestJet’s actions and omissions, including refusal to offer compensation or rebooking, may turn out to be crucial evidence to enforce one’s rights to compensation.

Flights departing from the EU/EEA

If you were booked on a WestJet flight departing from an airport in the European Union or the European Economic Area to Canada and your flight is cancelled due to the pilot strike, WestJet must do all of the following:

The source of your rights is Regulation (EC) No. 261/2004 of the European Parliament and of the Council. The European Court of Justice recently confirmed that a strike is not an “extraordinary circumstance” within the meaning of Regulation (EC) No. 261/2004, and a strike does not relieve the airline from the obligation to pay compensation. (You may also be entitled to additional compensation under the Montreal Convention, if applicable.)

Flights that are part of an international itinerary

If your itinerary includes at least one international segment (e.g., Las Vegas to Toronto), then the airline is liable for damages incurred by you as a result of delay. This means that the airline must compensate you, after the fact, for:

While WestJet may attempt to deny compensation on the basis of this exception, it is not likely to succeed in court given that:

Nevertheless, WestJet may dig in its heels and refuse to pay unless and until passengers take them to court.

If your itinerary is entirely within Canada, and your flight is cancelled due to a pilots strike, WestJet owes you a choice between:

The looming WestJet strike underscores the significant shortcomings of the Liberal government’s Bill C-49 (Transportation Modernization Act), which is currently before the House of Commons, and will shortly be returned to the Senate for a third time.

Once the Bill is passed, airlines will be able to avoid compensating Canadian passengers for flight cancellations caused by striking pilots and crew, because the Bill uses the broad airline-friendly notion of delay or cancellation “due to situations outside the carrier’s control.”

In sharp contrast, under the European Union’s Regulation (EC) No. 261/2004, airlines can avoid paying compensation only in the event of “extraordinary circumstances,” which are understood to mean events that are not inherent to the normal operation of airlines and are beyond the airline’s control.

In Europe, airlines must compensate passengers for delays and cancellations caused by mechanical malfunctions and strikes.