Pilot fatigue: Will the government put profits ahead of safety? 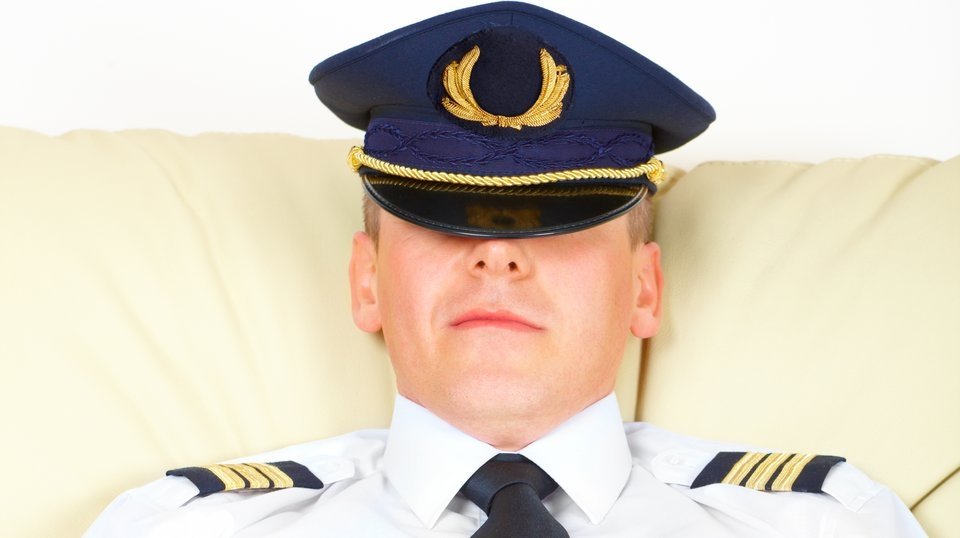 Most people would not be comfortable driving their car after being at work for 13 or more hours—even less so in a winter storm or the middle of the night. And yet airlines across Canada require their pilots to do just that every day, with a full complement of passengers in tow. This is despite scientific evidence showing that such practices are less than safe and international efforts to eliminate such long workdays for pilots. Furthermore, unlike drivers, pilots cannot just pull over to the nearest rest stop and catch some sleep when tired. They need to safely land the airplane.

The issue surrounding flight duty times is a hot potato for all concerned. On the one hand, Canadian operators, from large airlines right down to small corporate users, have enjoyed some of the most liberal flight duty restrictions in the world for decades.

Major airlines, for instance, can schedule pilots for up to 14 continuous hours of duty, which is usually defined as starting one hour before a scheduled departure and ending a half hour after arrival. With additional leeway for unexpected delays, duty can further be stretched out to between 15 and 17 hours, depending on circumstances. This, of course, does not include the hours before duty time, during which a pilot normally wakes, washes, eats and makes his way to the airport. Hence, pilots can be required to make a difficult flying approach and landing after being awake for 18 or more hours—and all this is currently legal in Canada.

Smaller carriers, typical of northern and remote passenger, cargo and air ambulance operators, operate under Canadian Aviation Regulations (CARs) subpart 703. These are even more liberal and allow for regular ongoing 15 hour duty days (up to six months a year) and a minimum of only three days off in any given month.

On the other hand, air accident investigations show that when human error is the main cause of an accident, fatigue is often either present or a contributing factor. Some recent high-profile examples include Colgan Air flight 3407 (Buffalo, NY) and Air France 447 (mid-Atlantic), as well as other incidents of pilots dozing off in mid-flight, overflying their destinations or mishandling the aircraft in flight. Pilot fatigue has been cited as a factor in the July 2017 near-collision of an Air Canada flight landing in San Francisco. Research from reputable organizations, including NASA, has demonstrated that current duty times can fatigue otherwise healthy individuals and interfere with the body's natural circadian rhythm, resulting in severely reduced human performance.

In 2014, the FAA amended the rules for US pilots, with regulations based on the latest science available. In 2016, new European regulations limiting duty times to between 9 and 13 hours per day came into effect. All of these are based upon such criteria as the number of takeoffs and landings flown, time at which the duty begins (a pilot starting a shift at 4 pm will become tired after fewer hours than a pilot starting at 8 am) and whether pilots are acclimatized to their time zone.

Why is Canada so far behind?

Transport Canada has been discussing revising Canada’s antiquated flight duty rules since at least 2010, with almost universal support from pilot groups across Canada, only to be pushed back at every opportunity by the air transportation lobby. This is another example of Canadian air regulations being kept on the books for the benefit of air carriers, which, in this case, can carry on operations with fewer employees, and at lower costs.

The latest proposals by Transport Canada were published in 2017. The government also indicated last year that no more reprieves would be given, and that 2018 would mark the introduction of new flight duty rules in sync with the rest of the modern world. Yet, the industry continues to push back: The current worldwide shortage of experienced pilots is now making progressive changes to these regulations even harder for carriers to swallow.

Putting profit ahead of safety

The Air Transportation Association of Canada (ATAC), an industry lobby group, has stated: "it will threaten the livelihood of some companies. If suddenly your labour costs increase [...] some of the operators won’t be able to operate." As usual, airlines argue that business imperatives must come before all else—including safety.

More worrisome is that an April 2018 Liberal Party of Canada policy proposed by the Yukon branch stated that "the new rules appear to be focused on circumstances faced in southern Canada, with no understanding of the unique issues associated with northern and remote aviation." Really?

Pilots are human beings and face identical rest and health issues, whether in Toronto or Dawson City. The real "unique issue" is the business reality that carriers have to hire the appropriate number of pilots to ensure they are rested and can conduct safe operations in a harsher and more difficult flying environment. According to the Transportation Safety Board, for the 10-year period ending December 2013, almost 60% of all commercial aviation accidents—and 65% of the fatalities—involved small carriers (operating under CARs subpart 703), most often seen in northern and remote operations. Yet such carriers transport less than 5% of Canadian passenger traffic. If anything, rules should be even more stringent for northern flying.

Transport Minister Marc Garneau said that Canada’s new regulations will be out in June 2018. Unfortunately, his latest statement last week did not augur well:  "Notwithstanding my great respect for NASA, we make our own decisions based on the best available science". Except for the Minister, no one is arguing that the best available science is not from NASA. In fact, as a former astronaut who flew on three NASA space flights, he is very well acquainted with the aeronautics agency’s work. Such a remark would seem to signal pandering to the airline lobby once more. Will the government put airline profits ahead of safety in air travel?

Transport Canada and the Minister must oblige all operators in Canada to adopt the new proposed rules published in 2017. Acting in any other way would not be protecting the interests and safety of Canadians —the government’s first and foremost priority.

Alan Eugeni is an airline pilot based in Montreal, QC. He holds an engineering degree, MBA and ATPL. In 2017, he wrote "The Next Plane Crash: An Airline Pilot's Account of How the Race for Profits is Destroying the Safety of Air Travel in North America." The book is available on thenextplanecrash.com.