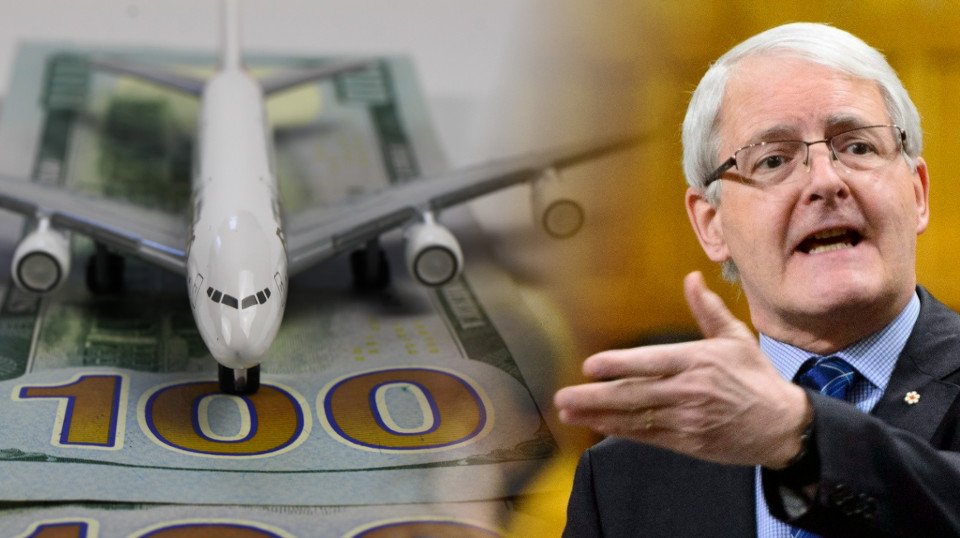 Since the beginning of the pandemic, passengers seeking to exercise their fundamental right to a refund for cancelled flights have faced a mix of pseudo-legal excuses and outright refusals from the airlines, and unwillingness to enforce the law from the Canadian government.

In March 2020, the Canadian Transportation Agency (CTA) issued a misleading Statement on Vouchers that questioned, without any legal basis, passengers’ fundamental right to a refund. In May 2020, a justice of the Federal Court of Appeal found that the Statement was not legally binding. Yet, six days later, Transport Minister Marc Garneau erroneously told Parliament’s COVID-19 Pandemic Committee that the “Canadian Transportation Agency has ruled on this issue.” Minister Garneau also claimed without any evidence that:

If [the airlines] were forced to refund their customers immediately, many of them would go bankrupt.

Against this backdrop, Minister Garneau’s recent statement that “before we spend one penny of taxpayer money on airlines, we will ensure Canadians get their refunds” may be a harbinger of a welcomed shift in the Trudeau government’s position. Celebration is premature, though. Minister Garneau’s about-face raises more questions than it answers.

1. Will all passengers be refunded?

The promise that “Canadians get their refunds” is ambiguous. Are all passengers really going to be refunded, or perhaps only some of them?

There are cold economic considerations for answering these questions in the affirmative. If we want Canada's travel industry to prosper, we must restore the public confidence that has been squandered in the past eight months. Similarly, to maintain a level playing field, passengers’ fundamental right to a refund must be equally enforced against Canadian and foreign airlines.

Is the Trudeau government committed to answer these questions in the affirmative…?

2. When will passengers be getting their refunds?

The government’s silence on the timelines for the would-be refunds is of particular concern. In late October 2020, WestJet announced with great fanfare, and as an act of exceptional generosity, that on November 2, 2020 it would start refunding the money that belongs to passengers to begin with. The fine print:

The refund process is expected to take six to nine months to work through eligible requests.

Will the Trudeau government allow airlines to cling to passengers’ money for many more months, or will it compel airlines to issue refunds promptly…?

3. How will the government support the airlines?

Government support to airlines may come in different shapes and forms:

Grants overly divert taxpayers’ money to fund private corporations. High interest government loans, such as the LEEFF, are likely to turn into grants under the guise of interest waivers and loan forgiveness. Government guarantees for private loans would allow airlines to pressure the government for additional support with the threat of defaulting on the private loans.

The government taking a stake in the airlines, on the other hand, would provide a reasonable guarantee for taxpayers to get a return on their investment in these private businesses. It would also mean that shareholders who reaped handsome profits in the past years must give up part of their equity in exchange for public funds.

Will the Trudeau government allow shareholders to socialize their losses after privatizing profits, or will it find a fair way to support the airlines...?

4. Will Liberals support the declaratory legislation on refunds?

There is already a private member’s bill before the House of Commons to compel airlines to provide refunds for cancelled flights. The Liberals' approach to this bill is the ultimate litmus test for the Trudeau government’s newborn zeal to ensure that passengers get their refunds.

In October 2020, MP Xavier Barsalou-Duval (BQ) introduced Bill C-249, a declaratory legislation that reaffirms the decades-old rule that an airline must provide refunds to the original form of payment for flights they cancel, even if the cancellation was for reasons outside the airline’s control.

Private members’ bills may take a long time to become law, because on most days, the House of Commons is seized with government business. The government, however, could fast track Bill C-249, for example, by a minister undertaking to sponsor it.

Will the Trudeau government do the right thing and support Bill C-249 or will it implicitly concede that the system is designed to fail passengers?