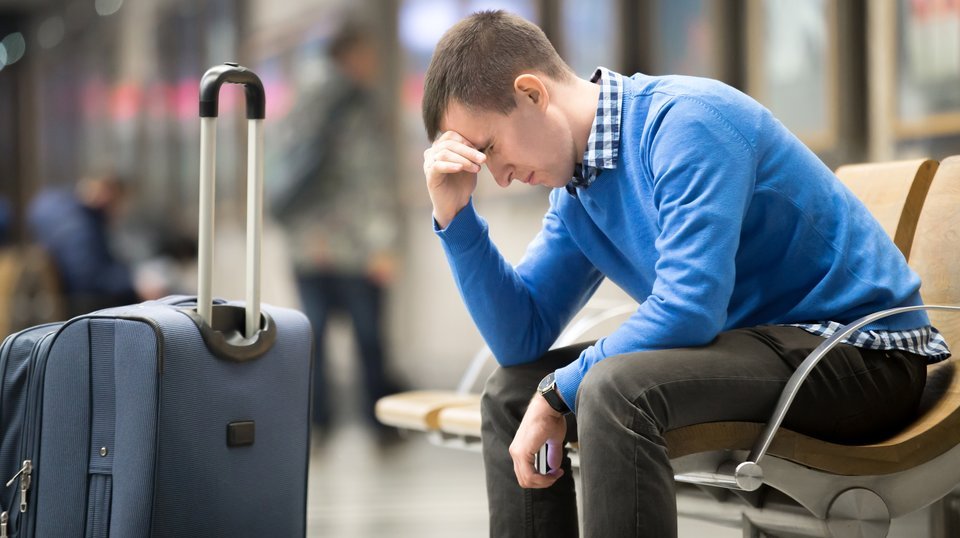 According to the headlines, airlines will have to compensate stranded passengers up to $1,000 in cash. It has been touted by the government as a world class air passenger protection regime that brings Canada into par with the European Union. The second phase of the government’s new air travel rules are coming into force on December 15, 2019.

Sounds too good to be true? Wondering where the catch is? Let’s look at the fine print.

Under the new rules, you are not eligible for compensation in the most common cases of flight delays and cancellations, caused by aircraft maintenance and weather issues.

The airline has to pay compensation only if the delay or cancellation is within the airline’s control and for reasons other than maintenance issues. Can you think of such a circumstance...?

It is fair to give airlines a break for genuine weather issues, although such excuses are known to have been abused in the past. However, relieving airlines from paying compensation for maintenance-related delays that are entirely within their control is not only unfair, but also creates a safety risk.

Burden of proof is on the passenger

As it stands, the airline can simply say that the delay or cancellation was due to maintenance issues or for reasons outside its control, and refuse to pay.

If you doubt what the airline says, you can complain to a federal regulator that is known for its cozy relationship with the airlines, the Canadian Transportation Agency (CTA). The CTA will require you, the passenger, to prove that the delay or cancellation was not due to maintenance issues and was not for reasons outside the airline’s control. Good luck!

The European Union’s regime has been recognized as the gold standard for passenger protection, striking a balance between the interests of passengers and airlines. Under the EU regime, airlines must compensate passengers for flight delays and cancellations caused by maintenance issues.

Last, but not least, under the EU rules, airlines have to provide meals and accommodation to stranded passengers regardless of the cause of the delay or cancellation. 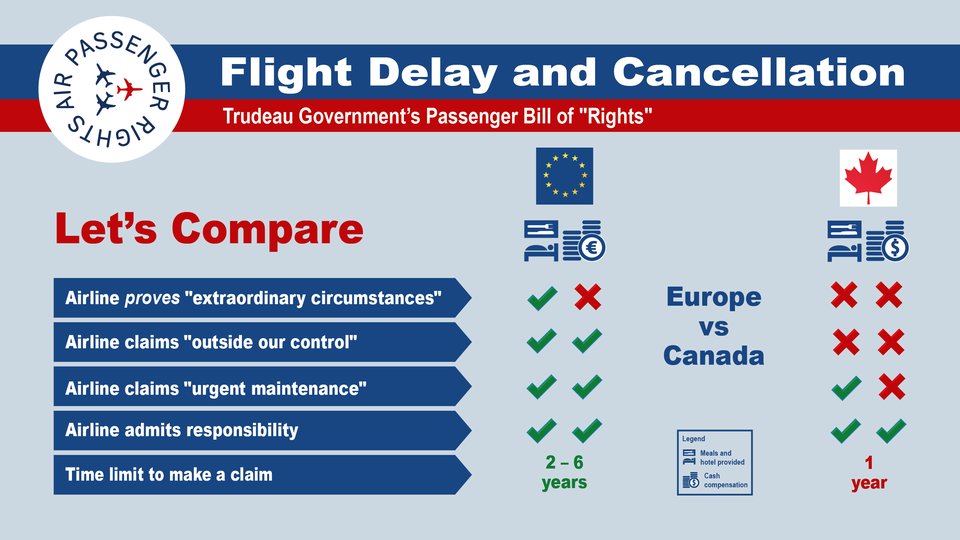 Protection is available for international travel

If you travel internationally, you may seek compensation under other regimes.

Airlines may not be keen to acknowledge that these rights still exist in spite of the Canadian government’s new air travel rules; however, these existing instruments remain in force, and you can insist that the airlines abide by them.

What to do and to whom to complain if you are stranded?

We recommend avoiding the CTA due to its cozy relationship with the airlines, and its track record of sending away passengers with valid complaints. Once the CTA issues a binding decision, you will not be able to take your case to an impartial judge.